The Art Of Deception
Did you know that the hoverfly is an insect that is entirely harmless, but can freak a person out just by its looks? This is because it is in a relationship of Batesian mimicry with the honey bee, and has adopted a similar appearance. Not only does it scare a person, it also deters predators from the fear of being stung! Smart, huh?
Batesian mimicry is a very interesting subject, and just more proof that mother nature is much more advanced than we think. Mimicry means copying someone’s actions or words. But in the natural world, it means copying someone’s looks! It is not like turning up at a party dressed in the same outfit as another person, it is more like evolving to look like someone else! This form of mimicry is one of the most well-known and extensively studied, and often times, the words ‘mimicry’ and ‘Batesian mimicry’ are used interchangeably. But what does it mean?

Batesian mimicry is said to take place when one harmless species mimics the appearance of a harmful or noxious species (also called a protected species because of its defenses), to avoid becoming the meal of a predator. There are usually three parties to this deal – the mimic, the model, and the dupe. The mimic is, of course, the mimic. The model is the object of the mimic’s mimicry! And the dupe is the poor sucker who gets tricked in this whole scenario. However, do not confuse it with camouflage; these are two different concepts. Mimicry involves copying another species, whereas camouflage involves blending in with the surroundings so as not to be detected.

❑ Origin of the term
The term Batesian mimicry was coined from the name of the person who first discovered it – Henry Walter Bates. He had conducted a study in the late 1840s in the Amazon rainforest, collecting and observing different species of butterflies. However, when he began to group them, he realized that many unrelated species looked so similar that it was hard to tell them apart! This led him to the discovery of mimicry among species as a protective mechanism. He published many papers on it and conducted vast research, bringing the topic to where it is today. The following are some terms related to Batesian mimicry, and their examples.

❑ Aposematism
When a predator eats a noxious species and lives to tell the tale, it is not a very pleasant one. It makes the predator swear off that species, lest it has to relive the horror. In doing so, the predator also tends to stay away from anything else that resembles it! Usually, a harmful species will try to ward off a predator by using a variety of signals such as color, smell, and sound. This is known as aposematism. If it is a smart predator, it backs off. If it is one that refuses to see the signs (literally), then it ends up with a bad experience.

In Batesian mimicry, a species that does not have any defense against a predator will mimic the said noxious species to protect itself. One classic example is that of the coral snake and the king snake. The former is toxic and dangerous, while the latter is quite harmless, which is why it has developed a body pattern that is almost similar to that of the former. If you observe closely, the coral snake’s body pattern is actually red, yellow, black, while king snake has a red, black, yellow pattern. However, they both look so alike that even experts tend to get confused between them at times! 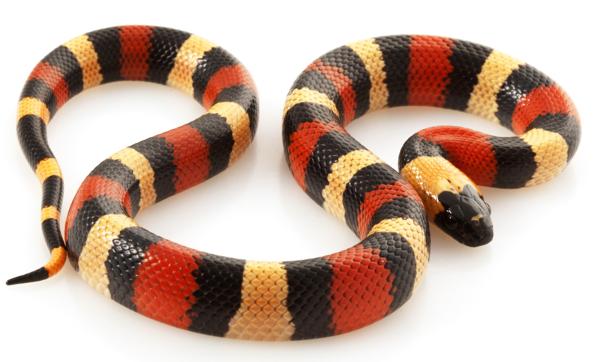 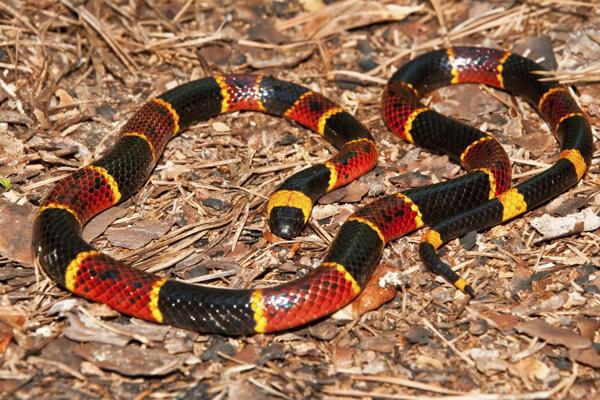 ❑ Auditory Mimicry
Batesian mimicry is now known to be used by animals in communication as well! Bats use echolocation to differentiate between their prey and other objects. Some insects give out ultrasonic signals in response to this echolocation, to ward the bats off. This can be called a form of aposematism which is auditory instead of visual. For example, brown and red bats do not feed on the dogsbane tiger moth because it is not palatable. They do, however, enjoy a milkweed moth for its savory appeal. Research has shown that milkweed moths mimic the ultrasonic sounds produced by their unsavory counterparts, the dogsbane, to avoid becoming the bats’ dinner. And the bats fall for this ruse most of the time! Fascinating, isn’t it?

❑ A Famous Example
One very famous example of Batesian mimicry which was being cited for many years was the one between the viceroy butterfly and the monarch butterfly. The former was believed to be harmless, and hence mimicking the latter, which is poisonous for birds and other predators. However, recent studies have revealed that the viceroy is just as unsavory as the monarch, and hence it is not a case of Batesian mimicry, but actually that of Mullerian mimicry, where two equally noxious species mimic each other.

This means that one species undergoes a change because of the other. In Batesian mimicry, coevolution is conditional. Check out the following scenarios.

❑ Scenario 1
A noxious species evolves its defense mechanisms. A harmless species that already exists in that habitat happens to have the same appearance as the now-evolved poisonous species, because of which the former receives protection without changing itself. It is not a case of co-evolution.

❑ Scenario 2
A harmless species migrates to another habitat, where a similar-looking noxious species already exists, which is avoided by predators. This offers security to the former without having to evolve. This is not a case of co-evolution.

❑ Scenario 3
A harmless species mimics a noxious one, because of which the latter evolves to change its defenses. In response, the former also evolves to develop similar defenses. Thus, one species changes in response to another. This is a case of co-evolution.

Let us consider two insects, the noxious Ladybug and the harmless Philippines Cockroach, which mimics the former. As the cockroach closely resembles the ladybug, birds avoiding preying on it. If the population of the cockroach species is low, then the birds will tend to avoid it because they will have had a higher number of unpleasant experiences.

However, if as a result of this, its population increases, then it becomes dangerous for the ladybug as well. As the birds will have fewer bad preying experiences, this will make the ladybug come across as safe too. It will reduce the specie’s ‘fitness’, resulting in negative frequency dependence. 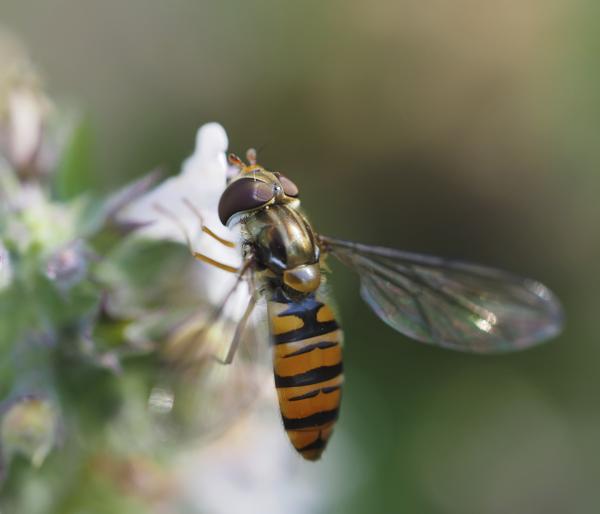 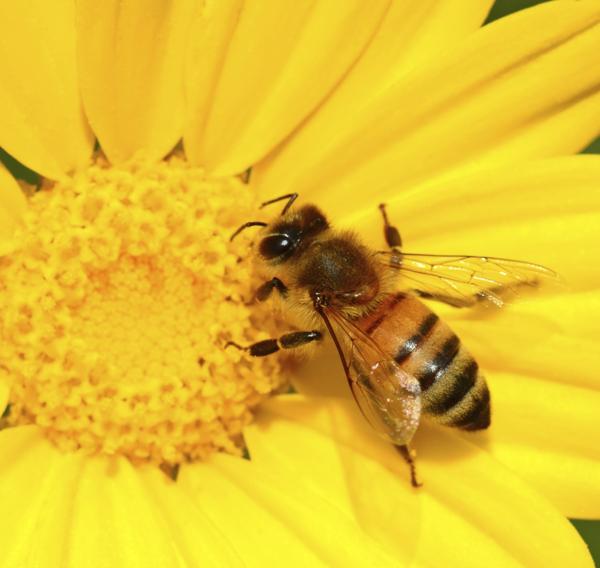 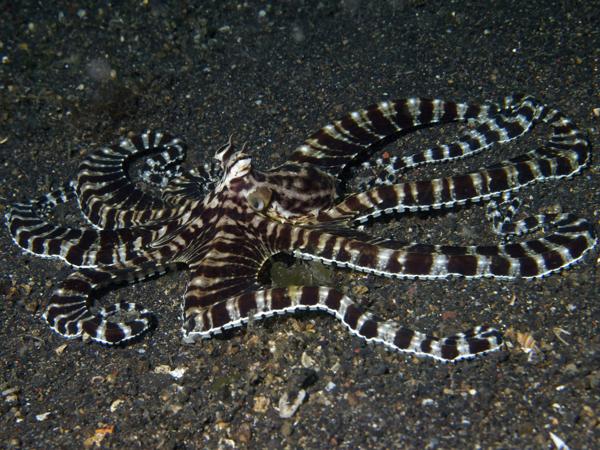 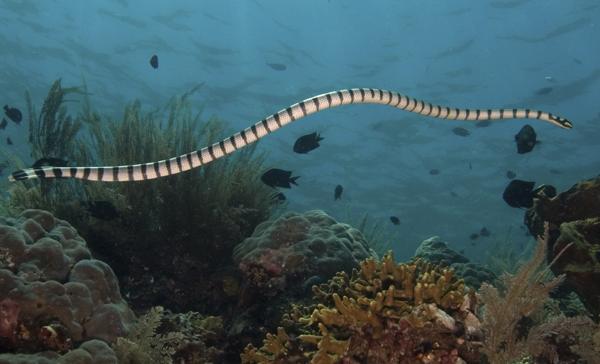 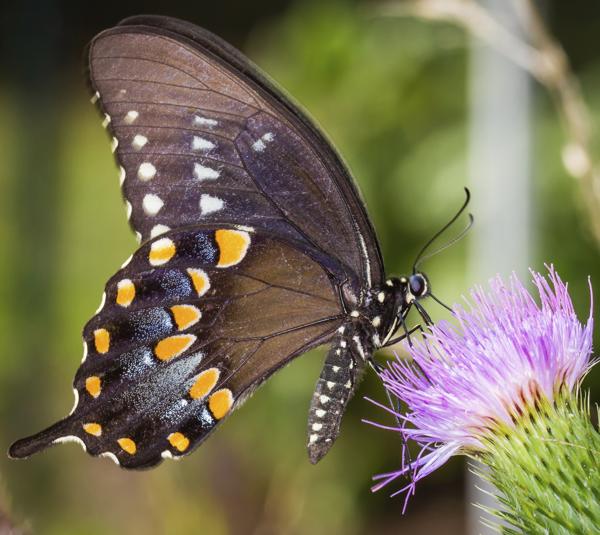 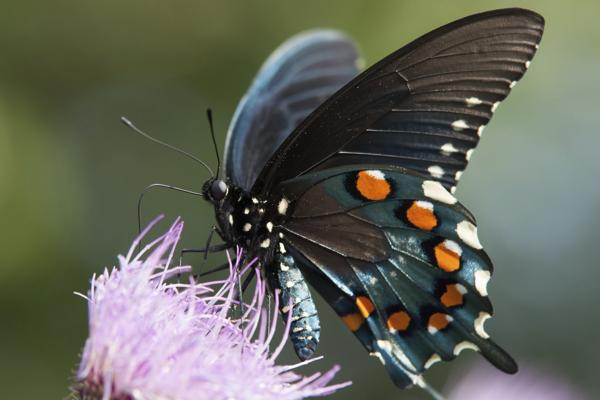 Nature is one interesting phenomenon after another. Batesian mimicry is one such aspect. It shows us that survival has many different forms, and that copying isn’t always that bad!

Supplements That Help with Adrenal Fatigue

Supplements That Help with Adrenal Fatigue If you’re a person who believes that they are suffering from adrenal fatigue, then you might want to take a serious look at the diet that you are currently employing...

The previous concept that DNA couldn’t be modified and that you’d be left with what you have been born with has now been disproved. Researchers discovered that your DNA really changes repeatedly primarily...

Good Nutrition Is No Secret.